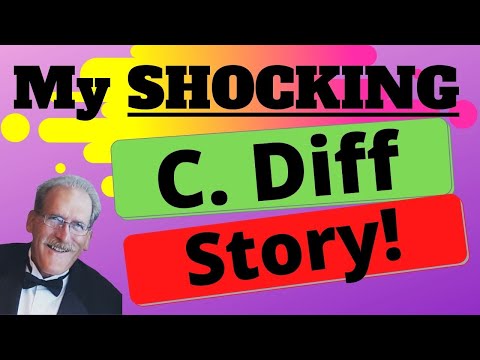 To arms Bitcoin community! Help us to complete this mining installation for the Zürich MoneyMuseum. We are not asking for funds. Only your expertise needed! 20$ tip if you give us the relevant clue to solve or mitigate our main problem. Nice pictures of the exhibition inside as well…

Edit:
A big thank you to all people who helped us we can now mine true pps with diff1! The people in this thread which have helped most have been awarded. I want to mention also the operator of btcmp.com denis2342 and Luke-Jr.
Actually looking at the miner screen in the Linux terminal helped a lot ;-). The pool constantly resigned to stratum with variable difficulty. We can now mine true pps with diff1. Getwork with long polling seems to be default after disabling stratum...
We will probably post again, when there is a video of the installation in action...
Again many thanks. Learned a lot.
Edit:
 First of all, let me tell you that the Bitcoin Exhibition at the Zürich MoneyMuseum is most likely the biggest and most diverse of it’s kind. Please read more about the museum and the exhibition below.
Help us solve the following problem we experience with our “Muscle Powered Proof of Work” installation:
Me and a friend have invested a lot of time to build an installation for the Museum. It is basically a 10GHash/s miner and RapberryPi which is powered by a hand generator (Maxon DC motor with planetary gear). Here are some pictures of the installation, although not entirely put together yet. There are still some changes planned.
https://www.dropbox.com/sh/0qcvl3wu4romhnt/AAAYF08lnVAy6W6KEepE7e2Ua?dl=0
Now let’s get to the core of our problem:
We are mining at the getwork diff1 pool btcmp.com as it is a true pps pool with getwork diff1. The visitors in the museum can power the generator for 2-3min and see directly how many Satoshis the "network" (actually pool but we don't want to confuse the visitors to much at that point) has given the museum for their work. This all works well so far but one problem remains. Sometimes the pool does not get a share from us for more than 40 seconds or even more than 60 in some cases. I have calculated that with 8.4 GHash/s we should find a share about every 0.5 seconds in average (diff1). I think when the pool gets a share it gets all the hashes as it then accounts for several Satoshis. Statistically we get per minute what we should get in theory. We would very much like to lower the time between the accepted shares by the pool, however. This would help to make the overall experience much smoother for the visitors.
Please look at this screenshot from MinePeon and answer some questions:
https://www.dropbox.com/s/lb1jei4trc9kqe5/MinePeonScreenshot.png?dl=0
We see that we get a lot of diff1 hashes. However, only 11 shares/packages have been accepted. The Is there a possibility to set the miner SW so it submits to the pool as soon as a share is found? It seems to send them in packages which sometimes have 4-5 seconds in between but sometimes a much as 80 seconds. I would like to submit packages of hashes much more often. How can this be influenced?
What exactly are the Getworks (GW)?
What exactly are the Accepted ones (Acc)? This is where the TipBounty is. Help us to get a better Acc/diff1 ratio. Best would be 1:1.
What exactly are the rejected ones (Rej)?
What exactly are the discarded ones (Disc)?
What exactly are the difficulty one hashes (diff1)?
Now some of these questions seem very very basic but it is important for us to understand what these are and how we can influence these. We have a 1:1 correlation between the Acc and the pool side acknowledgement of shares/packages. So whenever the MinePeon shows one more for this value the pool value for last submitted share goes to “moments ago”.
Does the miner SW have a setting where we can set after how many diff1 hashes a package of hashes is sent to the pool? If no, do you have another idea why so few are sent? Ideally we would set it so the diff1 hashes are sent every 5 seconds or so, probably even more often.
Is stratum with fixed diff1 possible? If so, would it be better to use stratum?
Are there critical settings if we should know of? (we have tried --request-diff and --no-submit-stale)
We are using BFGMiner on MinePeon if that matters. We could switch to CGMiner if that would help. Any help is very much appreciated. The museum is doing a great job explaining Bitcoin basics. We had special focus on interactive learning and have several things to underline this.
I hope to hear back from you so we can improve our installation. Please don't hesitate to ask if you have further questions. We are both not mining experts.
Thanks for reading and AMA.
SimonBelmond
 Current features of the Bitcoin exhibition at the Zürich MoneyMuseum:
Current Features:
I see this as a good opportunity for Bitcoin, so let’s embrace it. I am especially excited to compare the traditional forms of money which used proof of work to the new money which also uses proof of work. I think in that context it will be much easier for the visitors to value this concept.
A lot of schools and other groups book guided tours at the museum. It is open on every Friday from December 05. On. Entry is free of charge.
Edit:Markdown, typos

Step 2---> How To Get A Bitcoin Wallet. Setting up your first Bitcoin wallet is simple. There are several quality mobile, desktop, and hybrid wallets available.If you want to do thorough research then you can read our comprehensive guide on how to find the best Bitcoin wallet.. A great path would be: There are a lot of chats out there on the subject of cryptocurrency mining and trading. A typical question for any newbie would be something like, “which ASIC to buy or which mining rig to build,” and the response is: “Take a look at the growing difficulty of the network and don’t even think about getting into this business!” $ python -c "print 20000 * 2**32 / 10**9 / 60 / 60.0" 23.85 and find that it takes just under 24 hours on average. Any one grinding of the hash stands the same chance of "winning" as any other. The numbers game is how many attempts your hardware can make per second. The physical equivalent of Bitcoin cryptocurrency (0.2 BTC value). Notes [edit | edit source] The value of the bitcoin is variable and can be different from one day to the next. Only 4 can be held in your PMC inventory at one time. There is a temporary hold on placing bitcoin on the flea market. IMPORTANT DISCLAIMER: All content provided herein our website, hyperlinked sites, associated applications, forums, blogs, social media accounts and other platforms (“Site”) is for your general information only, procured from third party sources. We make no warranties of any kind in relation to our content, including but not limited to accuracy and updatedness.

It's to early for the average person to use. Donate if you know how using Bitcoin: 1DrucP7CraowYanGedAzdvWHsw33SrMbmD. My Shocking C. Diff Story A summary of my recent hospitalizations for a bowel resection and ileostomy bypass followed four months later by re-opening of bowel and ileostomy reversal surgery with ... My name is Omar Bham, & I've been using Bitcoin since 2012, and began mining Ethereum February 2016. Having been throu CHANNEL; Subscribe Subscribed Unsubscribe 118K. Make money online with JUST your phone and work from HOME! 💥 Make $1,000/Week 👉 https://www.WantMap.com The #1 Way to Make Money NOW - http://mmini.me/7Dol... This Morning Stabilised allicin vs MRSA and Actimel vs C-Diff.mp4 - Duration: 2:08. DrChrisSteele 1,094 views. ... Bitcoin Mining New 4 Websites - New Launch - Duration: 20:39.