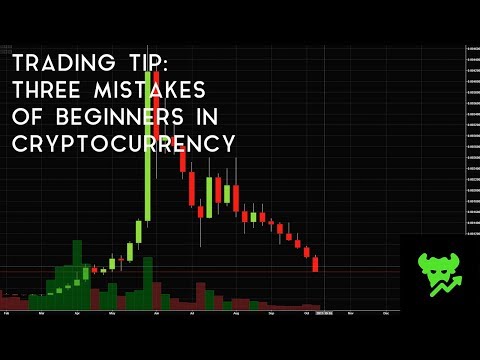 Hello! I wanted to discuss this on the soon-to-come occasion of 400 subscribers (398 as I write this), but I guess I will do it now, since the time is just right. This is a long post, so embrace yourself. This is an untalked topic, and you will rarely, if ever, find a record or post about the same.
Censorship in privacy communities is ironic, especially when the communities stand as the biggest ones on reddit. A lot of voices either go silent by account deletion and reappearing as new usernames, or they never speak up since they have been effectively "banned" so have no representation. A lot of this can be easily credited to folks breaking rules, which moderation would claim is certainly a need to manage large public forums. However, there is a section of people who criticise the Apple/Brave/Chrome/GrapheneOS cult armies, and this is where the problem starts to rise.

Apple cult armies are in denial of Apple devices being privacy nightmares due to being closed source blackboxes. These are good for no more than protecting your data from your nosy girlfriend or the neighbour computer whiz kid.
There is plenty of evidence that goes to prove why Apple devices are nightmares for privacy. This is a comprehensive list of links, images and articles for read:
https://gist.github.com/iosecure/357e724811fe04167332ef54e736670d
https://i.imgur.com/n8Bk0bA.jpg
Siri still recording conversations 9 months later despite Apple's promise to not do it: https://www.theregister.co.uk/2020/05/20/apple_siri_transcriptions/
Apple Mail vulnerability, and Apple's denial of acceptance of the flaw: https://9to5mac.com/2020/04/27/iphone-mail-vulnerabilities-2/
Apple sells certificates to third-party developers that allow them to track users: https://www.theatlantic.com/technology/archive/2019/01/apples-hypocritical-defense-data-privacy/581680/
Apple themselves were one of the main partners buying data from Facebook: https://www.nytimes.com/interactive/2018/06/03/technology/facebook-device-partners-users-friends-data.html
The San Ferdandino shooter thing was completely fraudulent: https://www.aclu.org/blog/privacy-technology/internet-privacy/one-fbis-major-claims-iphone-case-fraudulent
Louis Rossmann dismantles Apple's PR stunt "repair program": https://invidio.us/watch?v=rwgpTDluufY

These people are partly joint with the GrapheneOS cult, primarily due to its lead developer orchestrating all these things in hindsight and his followers purposely sharing his opinion garbage as "facts".
Most of this was debunked by u/saintjohnny (no longer on reddit) here: https://removeddit.com/firefox/comments/gokcis/
Ridiculous things like lead developer accusing firefox of being a "deployed" army against him and 4chan being used to harm his image: https://i.postimg.cc/3RwLT8Nj/Screenshot-from-2020-05-26-23-10-20.png

The moderator u trai_dep has taken his time to censor me off completely, so that none of my criticisms can be ever read about his dictatorial moderation and the GrapheneOS discussion I had with its lead developer, who at the end gave me plenty evidence about his rudeness, ironically which was against the rules of the subreddit.
https://removeddit.com/privacytoolsIO/comments/gs4uv7/_/fs2ysdm/
Criticism of GrapheneOS lies on one of his comments about OnePlus and Xiaomi apparently not making good enough devices: https://np.reddit.com/privacytoolsIO/comments/gs4uv7/i_dont_fully_trust_grapheneos/fs82fdv/
There is also the issue that he always claims Google Pixel 3/3a is a must with Titan M chip running non verifiable code that one has to rely on for Google's claim of being same as open sourced code, and that it does not have spyware. And he maintains his stand about developing the ROM exclusively for the Pixel devices, which also house Pixel Visual Core, a proprietary Google-only CPU+GPU unit independent of the Snapdragon SoC and with negligible documentation claimed "only" to be used for HDR+ camera algorithm processing. Google has had a history of lying with things like the Location History toggle, or their known data collection business and known relationship with NSA.

I have managed to collect and create what is an evidence record establishing the fact that select moderators either have some kind of agenda or are destroying the privacy community as a whole on the internet itself.
The below large part is a direct copy of the "Criticism of..." section in my Threat Model writeup in the sidebar.


OTHER ISSUES, CRITICISM OF MODERATION OF R_PRIVACY

Telling me that I am a burden to the subreddit is outright super offensive, in my most humble opinion. Moreover, they have a strong opinionated bias towards Apple (here too), however no reason to complain for their opinions if they talk outside /privacy and /privacytoolsIO where they moderate. Take the mod hat off if you want. To their credit, one of them did confirm they have a light threat model and primary goal is to thwart mass surveillance, around Level 3 in my book.
You will always be criticised for complaining about US and rationally judging Chinese technology, and effectively repeatedly banned by American moderators and muted from modmail everytime you complain about people personally name calling you "Chinese intelligence proponent" or "Chinese/Huawei plant" or "idiot".
I cannot make text posts anymore in that subreddit as of 11/02/2020.
Lots of evidence events happened followed after my smartphone guide linked above: https://imgur.com/a/TqOkQk6
In atomicratsen image, you can see proof of them allowing Sinophobic propaganda in the name of arguments, followed by the last image. So that is another thing allowed here.
Below comment is the admission of being lazy, incompetent and calling actual gilded contributor users "burden": https://np.reddit.com/privacy/comments/enoui9/5_reasons_not_to_use_whatsapp/fe6qgd7/ Just in case comment goes poof, screenshot.
Moreover, one of them made it clear in modmail that Sinophobic propaganda are "arguments" and will go uncriticised, likely patriotism owing to a global subreddit's moderation which seems unfair and caters not to all but to favouritism to a larger US/West EU audience on reddit, as said earlier:


The thing is, making an argument that China is shady is that: an argument. I mean, geez: Hong Kong. Enough said. So long as they're being civil about it, it's actually what this Sub is for.
Do you mention anything related to China or their products in your post? If so, it's fair game, and we expect everyone to conduct themselves like rational adults.
I'll check out the reports, but if they're conducting themselves along the lines of our sidebar rules, I (obviously) won't be taking any action. But I also hope that you don't get drawn into arguments that might end up earning yourself a time-out. We're somewhat patient, but at the same time, we can't spend too many man-hours tending a particular subscriber too much. Our time is volunteered and there are 600K+ subscribers. It's not fair to them.


Is this all fair to me, a cooperating member? If moderation and volunteering time is such a great issue, it would be a good step to take a backseat and discuss this in a rational non-prejudiced and less authoritarian manner. Why not allow others to take part and aid in moderating that subreddit?
 They have repeatedly banned me for nonsensical reasons, standing on last warning, and will likely do so after this post (once for claiming this comment means I called the user asshat instead of their comment, when it never violated /privacy 's rule 5, and another comment where I said to use Win 7/8.1 instead of Win 10, mods claimed it as gatekeeping and banned me for 14 days because I am criticising some things they truly love).
New evidence as of few days ago (Feb 11, 2020): https://i.imgur.com/vOyaidS.png

The moderator trai_dep now wants a sitewide ban on me for what is informing a reddit user of legitimate logical criticism of GrapheneOS. He calls this harassment, as he has done this multiple times with me in the past (unfortunately for which comments are deleted and evidence not being able to be recorded). However, this is taking it too far. https://i.imgur.com/dX73ZNX.png


SELF TAKE ON THE MATTER

This happened with me on privacy, which is a major why I started this community. There must exist a place free of prejudiced bias and free of any forms of bigotry for privacy, truth and freedom loving folks. The fact that the moderators can get away with it by saying nice words after the ban reeks of a dictator that loves to give speech about care of its citizens, yet will slice anyone up. trai_dep and his friends continue to support the bigotry and these cult armies, which is likely because they do not understand nearly any higher order of technical aspect of privacy threat modelling, and have got no education on the same.

Privacy communities on reddit are a huge problem when it comes to dealing with the cult brigading, and instead critics are targeted by the cult armies which are let loose in these very communities. privacy and /privacytoolsIO are not true representatives of communities giving good advice for higher privacy and security, unfortunately ruined both by the moderators (many of whom are iPhone users themselves just like trai_dep) and the cult brigade armies.

Hello visitors and subscribers of scams! Here you will find a master list of common (and uncommon) scams that you may encounter online or in real life. Thank you to the many contributors who helped create this thread!


If you know of a scam that is not covered here, write a comment and it will be added to the next edition.

Previous threads: https://old.reddit.com/Scams/search?q=common+scams+master+post&restrict_sr=on
Blackmail email scam thread: https://old.reddit.com/Scams/comments/g8jqnthe_blackmail_email_scam_part_5//
Some of these articles are from small, local publications and refer to the scam happening in a specific area. Do not think that this means that the scam won't happen in your area.

Caller ID spoofing
It is very easy for anyone to make a phone call while having any number show up on the caller ID of the person receiving the phone call. Receiving a phone call from a certain number does not mean that the person/company who owns that number has actually called you.
Email spoofing
The "from" field of an email can be set by the sender, meaning that you can receive scam emails that look like they are from legitimate addresses. It's important to never click links in emails unless absolutely necessary, for example a password reset link you requested or an account activation link for an account you created.
SMS spoofing
SMS messages can be spoofed, so be wary of messages that seem to be from your friends or other trusted people.


The most common scams

You should generally avoid answering or engaging with random phone calls. Picking up and engaging with a scam call tells the scammers that your phone number is active, and will usually lead to more calls.
Tax Call
You get a call from somebody claiming to be from your countries tax agency. They say you have unpaid taxes that need to be paid immediately, and you may be arrested or have other legal action taken against you if it is not paid. This scam has caused the American IRS, Canadian CRA, British HMRC, and Australian Tax Office to issue warnings. This scam happens in a wide variety of countries all over the world.
Warrant Call
Very similar to the tax call. You'll get a phone call from an "agent", "officer", "sheriff", or