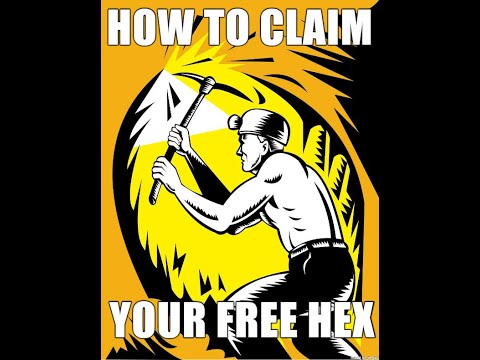 Things you should look for in a cryptocurrency exchange

“Let’s say you want to buy 1 Bitcoin, sign up on an exchange and wait for 3 days. A few days later you receive an e-mail saying ‘Our servers compromised… all funds stolen. We are sorry’. Now where to go? ,"
Recent volatility in cryptocurrency space has created a new customer base looking for profit and quick money, these customers are new investors or rookies can take part due to the open nature of cryptocurrency. It is important to choose with which exchange you are buying and selling cryptocurrency.
Many major exchanges have faced various potential threats in the past such as hacking, regulatory issues, bad business practices due to messy combination of poor management, neglect, and raw inexperience.
Attacks
Number of exchanges attacked and many million of dollars stolen, MtGox was the first one where a group of hackers compromised the servers due to the central nature of the service provider. It is easy to gain access and take control of private keys which controls your bitcoin, so you should always keep your private keys in your control. There are multiple ways to do that, such as hardware wallets, or keeping it in your laptop, mobile phone, etc.
Liquidity
Another problem with many exchanges are lack of liquidity, which means when one wants to withdraw a big chunk of bitcoin, for example,1000 BTC at current price is about $17 Million, exchanges don’t have that much cash available and ready to move, and therefore the entire BTC market can fluctuate in seconds.
Accessibility
There is no such thing as an instant in these exchanges as you have to first verify (KYC and AML) your account which can take 10 minutes to 3 days depending on your region. Only after such long waiting you can transfer real cash from your bank account, but that is also unlikely, because many local banks are not supporting these kinds of exchanges. The solution to this problem is to buy using an escrow mechanism and get crypto in the same region where one pays using local currency in the same region, such service provider being known as LocalBitcoins.
Support
Another approach to the above mentioned problem is to reduce the cost of switch for traders, so the users can convert token to token without leaving the wallet. It is only in decentralized exchanges which lacks support for a commodity, ease of use and overall lacks user support.
Due to financial transaction exchanges were always under scrutiny, Bittrex came under radar for an incident in which a handful of user documents merged into one support ticket and released in a public forum.
Once again, there is no support when you do not understand something of the website of the exchange or you need to know certain things about the fees. So, you will have to create the support ticket yourself and wait for the answer an hour depending on the volume of tickets. The support system of exchanges is dingy and the company like ‘Coinbase’ does not even have a live chat or a phone number where one can call and get help.
Manipulation
Cryptocurrencies are speculative and bound to manipulation - there have been many incidents on these central exchanges where “Spoofing” is seen. With ‘spoofing’, one puts large buy or sell orders driving traders in one direction and then cancels the order before execution. This implies that anyone who can gain access to trading with large amount of BTC can drive prices to go crazy.
As a precaution many exchanges are locking down a number of accounts if any suspicious activity seen, resulting in distress within the community and customers. Similar incidents reported by community, where whenever ‘Tether’ currency denomination released on Blockchain, there was a sudden surge in the value of the Bitcoin. ‘Tether’ is a cryptocurrency which backed by $1 and it is one of the subsidiary of ‘Bitfinex’. ‘Bitfinex’ banking relationship jeopardized due to a DDOS hack. This gives rise to the question: is Tether a cryptocurrency or just a scam. Newcomers to Blockchain may notice the irony — in an industry obsessed with decentralization, some of the biggest exchanges are centralized, trusted institutions.
Future
“Decentralized exchanges are the way of the future,” said Hugh Madden, technical director for ‘openANX’, a decentralized exchange infrastructure protocol. With the new model in decentralised exchanges you have no order book — buy and sell orders are matched peer-to-peer. There is no central authority where hackers can attack and drain money.
Exchanges have to address these problems in future:
These protocols are still in development phase, but as we continue to see the threats on centralised exchanges, it is imminent that decentralised exchanges will take over. The answer lies in technology development and complete use of tokens.
In conclusion, as a crypto user one has to be very careful what exchanges they are dealing with and make sure the exchange has a valid banking setup or relationship, verification process and resolution mechanism and meets all the terms and conditions; make sure also, that in case of hack or solvency, you will get your money back or at least a part of it .
Do your own research before engaging in the cryptocurrency space.

Shanghai Bitcoin Startup Mixer Monday, November 18th, 2013
Presented by Asia Nexgen, XCoin.io, TechCrunch, and Technode
Event Details Bitcoin is all the rage, and Asia is leading the charge. In collaboration with Techcrunch International City Event Shanghai and Technode, XCoin.io and Anx.hk are getting Bitcoin entrepreneurs, investors, and enthusiasts together the night before the Techcrunch Disrupt Shanghai festivities. Come to the hip Boxing Cat Brewery and see what people are doing with this amazing new technology!


Space is limited, so buy your tickets early! We prefer if you send bitcoins (obviously).

Prices (includes two drinks): Early Bird - .15 BTC, $25 USD, ¥150 RMB At the Door - .25 BTC, ¥250 RMB (we won't take USD at the door) To pay by Bitcoin, end bitcoins to the following address: 1LZ7aPCGqdtXx8KoAKExksRY6tcmG5NRpL Then email the transaction id to [email protected]. Pay and send the email at the same time - we will credit the first email we receive with the transaction id as the payer. To pay in USD, use Eventbrite's payment solution below. To pay in RMB, send payment via Alipay to [email protected].
RSVP at http://bitcoinshanghai.eventbrite.com/

The Most Important Aspect of Bitcoin Is the Separation of Money and State +25 votes. 8 posts. by ed's edibles 9.3/10. One Bitcoin Transaction Uses as Much Energy as Your House in a Week +18 votes. 4 posts. by Sean Pencil. Anyone Try Paybis? +5 votes. 4 posts. by 17 Jul 2016 - MMM Cooperation is a community of ordinary people, selflessly helping each other, a kind of the World Fund of mutual aid. This is the first sprout of something new in the modern soulless and ruthless world of greed and hard cash. The goal here is not the money. The goal is to destroy the world's unjust financial system. Financial Apocalypse ![img](s40bvcwy2qy21) The last OAX signal has brought a lot of benefits to us. The 1950-2000 zone is a very strong zone and we are on... ANX, or formerly known as Asia Nexgen was established in July 2013 and is legally registered and based in Hong Kong. ANX is now one of the most used Bitcoin exchange platforms and one of the top 6 largest Bitcoin exchanges in the world by volume. Bitcoin (₿) is a cryptocurrency, a form of electronic cash.It is a decentralized digital currency without a central bank or single administrator that can be sent from user-to-user on the peer-to-peer bitcoin network without the need for intermediaries.. Transactions are verified by network nodes through cryptography and recorded in a public distributed ledger called a blockchain.

With this tool you can find any imported bitcoin address private key.Its depends on your computer`s hard drive space and internet speed. Bitcoin Knots Coin. Space MultiBitHD Simple Bitcoin Coinapult OPENDIME Jaxx Wirex KeepKey Hardware Wallet Review ... what bitcoin address what bitcoin mining what bitcoin wallet is best A new Bitcoin scam has emerged on YouTube, using the name of Elon Musk and his company SpaceX. The video is a live stream of a legitimate SpaceX event with Bitcoin addresses superimposed on the ... If you want to someone to send you money to your Bitcoin account, Give them this address. you may donate to our network via Bitcoin as well :) Bitcoin address ... On august 30th 2016, we've sent a Bitcoin to the stratosphere (34km altitude) and made the first peer-to-peer transaction in space! Big Thanks goes to our team and all our great customers for ...