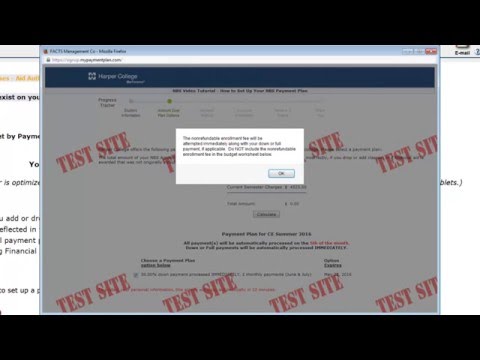 Because of the Reddit character limit, I am posting this separately.
Episode IX - Balance in the Force:
If The Force Awakens was a bad premise executed incredibly well and The Last Jedi was an incredible premise executed badly, The Rise of Skywalker is a terrible premise executed horribly.
I disagree with the popular notion that Rian cornered J.J. because TLJ screwed everything up. I have many problems with The Last Jedi, but Rian took what could have been a visionless carbon-copy of the OT, and gave a new bold direction, an inspiring purpose for this trilogy to exist. It opened up so many possibilities for Episode 9, but J.J. took the easiest soulless path. Episode 9 should never have been the plot conclusion that reverses from The Last Jedi and attempts to be a thoughtless fan service finale that ties up the Prequels and the Originals by redoing Return of the Jedi. Episode 9 should have been the thematic conclusion that wraps up the motifs of the Prequels, the Originals, and The Last Jedi.
The Rise of Skywalker failed to answer the questions that the trilogy has raised. I am not talking about J.J.'s mystery boxes. Sure, I would have liked to learn how Maz got Luke's lightsaber and who Max von Sydow's character was, but I am talking about the thematic questions. What should the Jedi be and where should the Jedi head toward? What should the galactic government be after the failures of the New Republic? What is the will of the Force? What is the balance? Why is Kylo Ren's path wrong? What is the permanent solution to the chaos that has been repeated again? Despite branding itself to be a finale that attempts to unify the whole saga, The Rise of Skywalker answers none of these because killing Palpy again, this time he is 'dead' dead, solves every problem of the galaxy.
The movie fails to wrap up the 42-year franchise, it fails to wrap up what The Last Jedi has set up, it fails to answer The Force Awakens's questions, only raising more questions, it fails to be a fan-service movie, and it even fails to be a fun popcorn movie as its own. This is Spectre of Star Wars. It bafflingly misunderstands what the essence of Star Wars is.
As the title suggests, this new story is about our heroes exploring what balance in the Force means. Balance is not just killing Palpy again and be done with it. Here are the basic ideas. Let's continue The Last Jedi's message about the power of myth and everyman.
EDIT: I have incorporated EmperorYogg's idea.
Crawl:
The flames of resistance burn brightly! Word of mouth about the heroic act of Jedi Master LUKE SKYWALKER has spread from planet to planet and inspired the galaxy anew.
To suffocate growing unrest, Supreme Leader Hux has silenced all communication between neighboring systems. Defiance is punishable by death.
As the First Order struggles to maintain their systems, Lord KYLO REN rages in search of all records of the Force and anyone associated with it, determined to destroy any threat to his power....

This is a continuation of the discord project to rate every card in the game on two main criteria: playability and flexibility.

How good is the card in the decks it fits in?
S: Best of the best. The card should probably get nerfed in the state it's currently in because it's just that good. You're going to play it all the time in the decks where it works.
A: Very strong. Not something you'd see nerfed, but still a very strong card that you want to play every time.
B: Good. A very strong option in the decks, but it can theoretically be gone without for one reason or another.
C: Decent. It can be worth playing, but there are reasons to drop it as well.
D: Bad. It's really not worth playing, though it at least has some merit one way or the other.
F: Terrible. There's absolutely no reason to play this card.

Crazy is next, and it was the most buffed and least changed class out of all of those on the zombie side. It got 115 changes split into 79 buffs, 15 nerfs, and 21 changes.

Ability now works in environments as well as heights (1)
No condition for dealing damage (1)
Has gravestone (2)
Stats from 3/4 to 4/5 (1)
Health from 4 to 5 (1)
Strength from 3 to 4 (1)
Stats from 5 cost 3/4 to 4 cost 3/3 (1)
Cost from 5 to 3 and works in environments (1)
My thoughts: Giving it gravestone is probably the best buff here since the fix in timing is the main problem it has. Small stat buffs don't really change anything, nor does making the condition less restrictive, though both obviously help the card a bit.

Strength from 4 to 3 and has gravestone (3)
Has gravestone (4)
Health from 2 to 4 (1)
My thoughts: The card is never going to be good without gravestone or completely insane stats. The question then becomes "is 4 attack on a 4 cost gravestone that shuts off a card for combat too much?", and I'm inclined to say yes for the time being (the difference between turn 4 and turn 5 is massive, which means the difference between this and cryo yeti is also massive as far as the effect goes), so I like making it a 3/2 along with it and then it can be buffed back if it's still bad.

Cost from 4 to 3 (1)
Cost from 4 to 5 (3)
Ability from 2 strength to 1 strength (1)
Can't do bonus attacks (1)
My thoughts: Putting the card back at 3, where it' basically autoinclude because it's so easy to make overstatted, does not sound like a good idea. At the same time, making it cost even more also doesn't sound like a good idea because the deck, finally, has had enough of its broken cards hit that it's more or less fair. It can't kill until 7 now which gives plenty of time to establish a kill and doesn't have a broken aggro package that all but guarantees a kill even without valk. It's still a great deck because that aggro package can still take games without valk and valk can still kill, but it's significantly more beatable to the point where it's actually in line. As for the other changes, reducing the strength gain makes it unplayable, and making it not do bonus attacks is awkward though a good nerf if the card ever gets out of hand again to avoid killing it for other heroes.

Damage from 4 to 5 (4)
Cost from 4 to 3 (1)
Now has "gain a cakeplosion" (1)
My thoughts: All of these changes are good and make the card much more worth playing. Increasing the damage means it hits that many more things and sometimes gains tempo, making it cost less means it can actually gain tempo by costing less than things it removes, and having it gain itself makes it the ultimate value tool for hard control decks to never run out of small removal.

Health from 1 to 2 (3)
Health from 1 to 3 (1)
Strength from 3 to 4 and backup from 1/1 to 2/1 (1)
My thoughts: I think the best buff to this is making the backup dancer less completely useless, so it having 2 strength at very least, which I presume some people intended for to affect this through buffs to basic 1/1s.

Now throws:
Random 1 cost imps (1)
Random imps that cost 2 or less (1)
Random imps that cost 2 or less and when an imp is played it (the imp) gets +2 strength (1)
stats from 5 cost 5/5 to 4 cost 4/6 (1)
Stats from 5/5 to 6/7 (1)
My thoughts: There are two different lines of buffing here and neither one is a bad idea. 3 people decided to buff the cards that ITG throws so that the ability isn't a liability. Of those I think having it throw 2 cost or less imps (to mirror ITI) is the best idea seeing as at this stage of the game they won't really be anywhere close to too strong. The second line, chosen by 2 people, is to just overstat it to compensate for the fact that the ability is indeed a