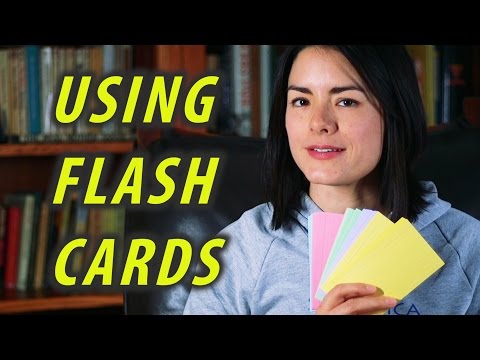 Mike Hearn posted Coinbase Reallocation this morning to let the honest majority of hashing power regulate criminal miners like BitUndo. It's a really simple idea! Dishonest blocks and the miners who mine them are identified out-of-band by the community of reputable mining pools. For BitUndo that means submitting double-spends via the service and watching for them to be included in blocks. When they are the honest miners vote with their hashing power, just like they voted on whether or not Bitcoin needs new soft-forked features like P2SH.
When a coinbase output, the reward for mining, reaches the 100 block maturity the protocol simply counts up all the votes for the block. If a majority agrees the block is honest, great! But if not the coinbase reward is put into a pot of funds that subsequent honest blocks are allowed to claim for themselves. Unlike re-orging out dishonest blocks this isn't disruptive - confirmations are never undone - and at the same time it ensures that the bad miners can't profit from their malicious actions. It's compatible with nearly all major clients too because SPV clients, like Android Wallet and Multibit, just check that transactions are included in blocks and leave validation up to the mining community. (the idea being that majority of hashing power is honest and wouldn't include invalid transactions or give themselves un-earned Bitcoins)
KnC has been ripping off customers by self-mining rather than shipping hardware out the door. Their solo pool all pays to the address 1BGbGFBhsXYq6kTyjSC9AHRe1dhe76tD6i. We can stop this fraud right now with just the co-operation of just three people: the operators of GHash.io, BTC Guild, and Discus Fish, together a majority of the hashing power.
Of course, they might try to hide their illegal mining activities and make their blocks indistinguishable from others, like by paying out to a random address in each block. This is easily fixed too by voting to reallocate funds from any block without proper identification on hand. When that identification is provided to the honest and reputable hashing power the funds can be easily released from the pot and given back. Remember too that if we had proper identification for miners available the BitUndo criminals would be facing legal liability, a potent tool to stop fraud. (I guess P2Pool shares could be accompanied by identity proofs based on smartcard-enabled passports, although it'd be even better if that hashing power moved to a professionally run and secure pool that has the resources to comply with their reallocation regulation duties)
Finally, we can't forget our tax obligations. As much as we hate paying taxes - I know I'm putting off my April 31st deadline with Revenue Canada - they're an integral part of lawful society. With Coinbase Reallocation the honest majority can make sure that mining income not allocated properly to the relevant authorities is reallocated appropriately.
If Bitcoin is to succeed it has to be reputable, and reputable means recourse from fraud. Please tell the hashing power majority, GHash.io, BTC Guild, and Discus Fish, that we want a regulated and safe Bitcoin!
Serious edit: Of course, as nearly everyone realized, the above is satire. What far fewer realize is what I'm saying with that satire: Mike proposed a simple mechanism that essentially acts as a way for miners to vote with their hashing power to blacklist block rewards. Yes, you can do that already, but blacklists via reorgs are expensive, risky, and very difficult to co-ordinate; automated voting on what to blacklist is cheap and easy.
I'm sure he intended it to be used for exactly one thing - punishing miners who violate his notion of double-spending rules - but once such a mechanism is in place it can be used for a lot more than originally intended. If you were a big publicly known mining pool, could you really resist the pressure to just flip "one little switch" and vote to blacklist blocks produced by a "bad" pool at no cost to you? As I showed above, the definition of "bad" can extend to a lot more than just double-spends, and the pressures on pools to blacklist can and will be legal and regulatory.

Process Memory Investigation of the Bitcoin Clients Electrum and Bitcoin Core Abstract: Bitcoin cryptocurrency is reportedly one widely used digital currency in criminal activities (e.g. used for online purchases of illicit drugs and paying of ransom in ransomware cases). However, there has been limited forensic resea Bitcoin payments are easier to make than debit or credit card purchases, and can be received without a merchant account. Payments are made from a wallet application, either on your computer or smartphone, by entering the recipient's address, the payment amount, and pressing send. A P2SH-P2WPKH address is comparable to Bitcoin’s original single-signature P2PKH address (address with prefix 1). Like any other P2SH address, P2SH-P2WPKH address has prefix 3. Until a P2SH-P2WPKH UTXO is spent and the redeemScript is exposed, a P2SH-P2WPKH address is indistinguishable from a non-segwit P2SH address (such as a non-segwit A Bitcoin address, or simply address, is an identifier of 26-35 alphanumeric characters, beginning with the number 1, 3 or bc1 that represents a possible destination for a bitcoin payment. Addresses can be generated at no cost by any user of Bitcoin. For example, using Bitcoin Core, one can click "New Address" and be assigned an address.It is also possible to get a Bitcoin address using an This patch removes the need for the intermediary Base58 type CBitcoinAddress, by providing {Encode,Decode,IsValid}Destination functions that directly operate on the conversion between std::strings and CTxDestination. As a side, it also fixes a number of indentation issues, and removes probably several unnecessary implicit CTxDestination<->CBitcoinAddress conversions.